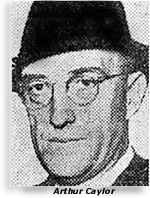 A lot of San Francisco families had better get rid of certain cameras, short-wave radios and other contraband or they’ll discover shortly, my men report, that Uncle Heiny or Cousin Guiseppe has been placed in storage as a sort of substitute. For the FBI knows that a surprising number of aliens are hanging onto contraband—despite the fact they’ve had more warnings than a bride-elect.

Our town is full of families with one or more alien members, so you’d think they’d be alert to the need of obeying the rule. Instead, the result of numbers has been a sort of lullaby. People seem to assume there are too many such families for the FBI to get around. Or they figure the short-wave set can be kissed off as belonging to Grandpa’s daughter’s husband, whose folks came over on the Mayflower.

It betrays no secret of the FBI to suggest that with the Japanese situation under control, the G-men will have more time to devote to German and Italian residents. They have no desire to toss such enemy-aliens into camps. But if German and Italian San Franciscns haven’t had the good sense to get [rid] of all contraband, the FBI has a duty to perform—and will. The aliens will get a chance to explain. But once they’re in the jug, the explanation had better be good.

Head Agent [N.L.J.] Pieper and his men will also have more time to devote to citizens who figure that Hitler and Mussolini are loveable characters and deserve help in their efforts to benefit mankind— a broad, international viewpoint which involves a slight touch of treason. Enemy-citizens represent a much more difficult problem than enemy-aliens, because the FBI unlike the secret police in more advanced countries, must prepare court-worthy cases before nabbing them. But it won’t be long now.