WASHINGTON, April 10.—Senator Hiram W. Johnson of California was the only member of the Senate Immigration sub-committee to object to disclosure of the secret report, made in 1924, and released this week, showing the manner in which Japanese in Hawaii were settling near strategic military areas and otherwise imperiling national defense.

The report was released by the sub-committee headed by Sen. Thomas Stewart (D., Tenn.) which is considering the Stewart bill to bring a test of the right of Japanese born in this country to be considered citizens.

The report was made to the Labor Department during the Coolidge administration by a committee sent to the Islands to study the strike against sugar planters which had just taken place. The committee was so impressed with the military dangers it discovered that it discussed those more extensively than the labor problems in its report.

The Oriental exclusion act was pending in Congress, and the report was suppressed. Senators Stewart, Maybank of South Carolina and Holman of Oregon, joined in stating they believed it should have been publicized at that time, and the nation put on guard as to its Hawaiian defenses.

Senator Johnson did not make clear his objections to publicizing the report but warned other committee members they should realize they would be in “hot water” as a result of giving it out.

If he was attempting to protect the Republican administrations of 1924-32 which failed to heed the warnings of the report, he did not make this clear.

The 1924 testimony on the exclusion bill contains many other warnings which today seem prophetic. 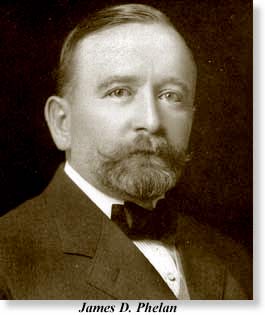 Senator James D. Phelan warned that Hawaiian-born Japanese would eventually control suffrage on the Islands and said the United States would not “tolerate for a minute a Japanese civil government in the Hawaiian territory ... because Hawaii is the naval key to the Pacific.”

“If there is any trouble in the Pacific,” said Phelan, “we would not only have to meet a frontal attack, but a rear attack. The 110,000 Japanese living in the Hawaiian Islands are, many of them, veterans of the [Russo-Japanese] war, great fighting men, and they could range up behind our guns where we are spending millions of dollars for fortifications and rout our gunners because we cannot maintain a garrison to meet a hostile attack of overwhelming numbers from the rear. And nobody believes for a moment that the Japanese are loyal to the American Flag.”

He cited Japanese behavior during the strike against the planters, and the fact that the Japanese workmen took orders only from their consul and from a commissioner sent from Japan “in the interest of international peace.”

Again Senator Phelan said “All our naval experts say that our last stand is Hawaii. We are not allowed to fortify the Philippines or Guam—a diplomatic concession to Japan. Why we acquired Guam I do not know, except to have a base. Our ships cannot fight from Hawaii if the action is on the other coast. I hope they will never fight, but it merely shows the encroachments of Japan. Her clear policy is to sooner or later dominate the Pacific.”

Senator Phelan told the committee he had been warned that the United States would have to fight Japan, and even at that date, 18 years ago, he put into the record an excerpt from a private organ of the Japanese diplomatic corps promising that if the United States and Great Britain united against the Japanese in the Pacific, Japan would “raise the cry of Asia for the Asiatics, combine all Asia, and drive the English and Americans out.”

Another prophetic voice was that of U.S. Webb, then attorney general. He told the Immigration committee, in 1924:

“I say to you that the offense which Secretary [of State Charles Evans] Hughes said you may avoid by changing the bill is of slight importance compared with the great international questions if this [Japanese] people be established here; because they are so different that conflicts will arise, clashes will occur, and they will be a thousand-fold more serious than the protest which Japan now makes or offense which action adverse to her wishes may give.”